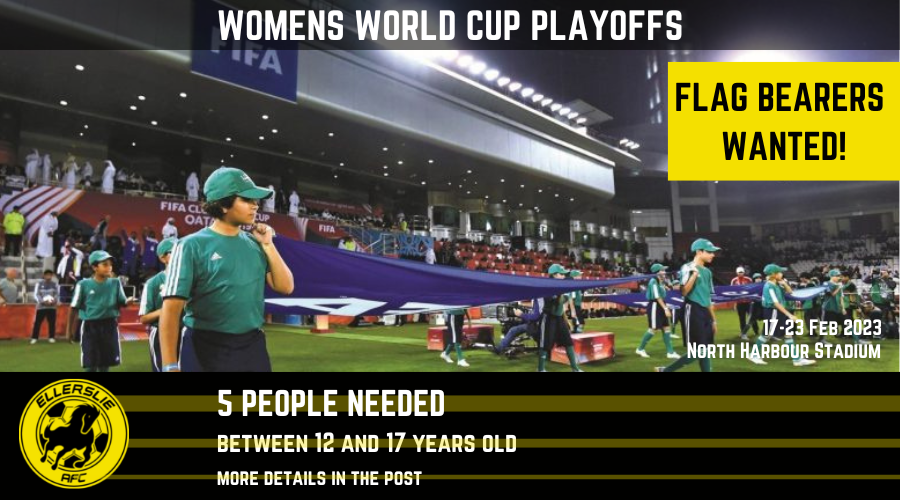 Ellerslie AFC have the opportunity to nominate up to five of their members, with a minimum of two of those five being females, to be involved as Flag Bearers in the Play-Off Tournament being held at North Harbour Stadium between 17-23 February 2023. Flag Bearers are required for National flags and FIFA flags.

Nominees will need to meet a set of criteria to be eligible - that criteria is:
• Flag Bearers must be aged between 12-17 years as at 17th February 2023
• Must be available for three of the six matches being played in the Play-Off Tournament and one of those dates must be Thursday 23rd February 2023
• Available to be on site for up to 5 hours prior to kick-off
• Be available for the Orientation Day at North Harbour Stadium (likely 12th February 2023)
• Be available even if it is a school day (absence letters can be provided to schools)

If the number of participants nominated exceeds the numbers required, rehearsals are likely to be held in Auckland during mid-late January and early February to determine the final selection of Flag Bearers.

If you are interested and meet the criteria please email us on chairman@ellersliefootball.org.nz before the 26th of November.